If you’re looking for replacement parts for your Xiaomi Robot Vacuum cleaner, just be aware that there are a lot of fake (3rd party) replacement components for sale on the market. I am not sure if the quality is measurably worse, but the genuine components sell for 3x to 4x the price of the aftermarket components.

Here are some quick images of how to tell the difference between fake xiaomi robot vacuum cleaner consumables and genuine xiaomi mi robot parts. Click the images to enlarge.

(Oh, and yes, the diagrams below were done in Powerpoint. It’s on my resume for a reason…) 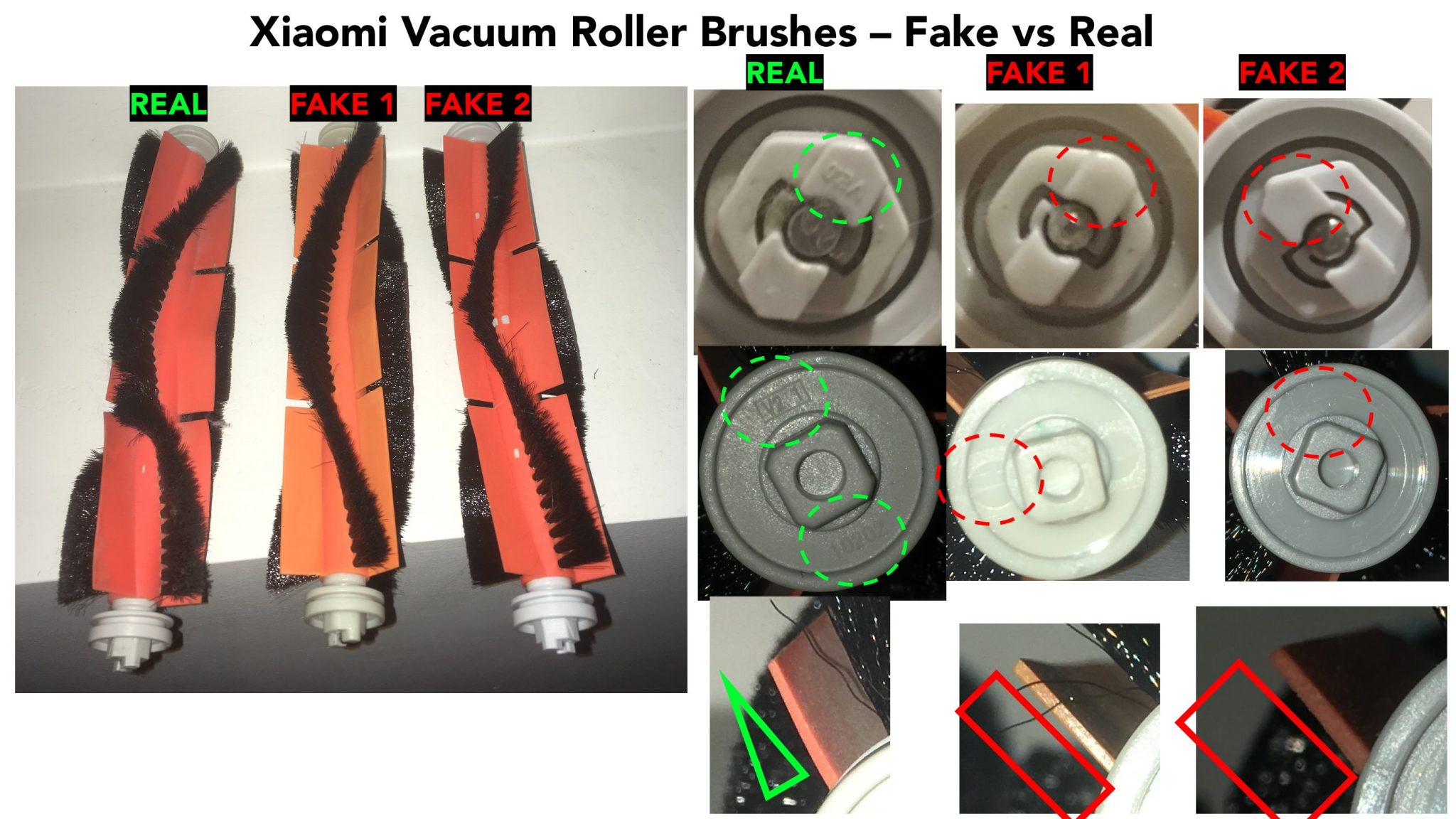 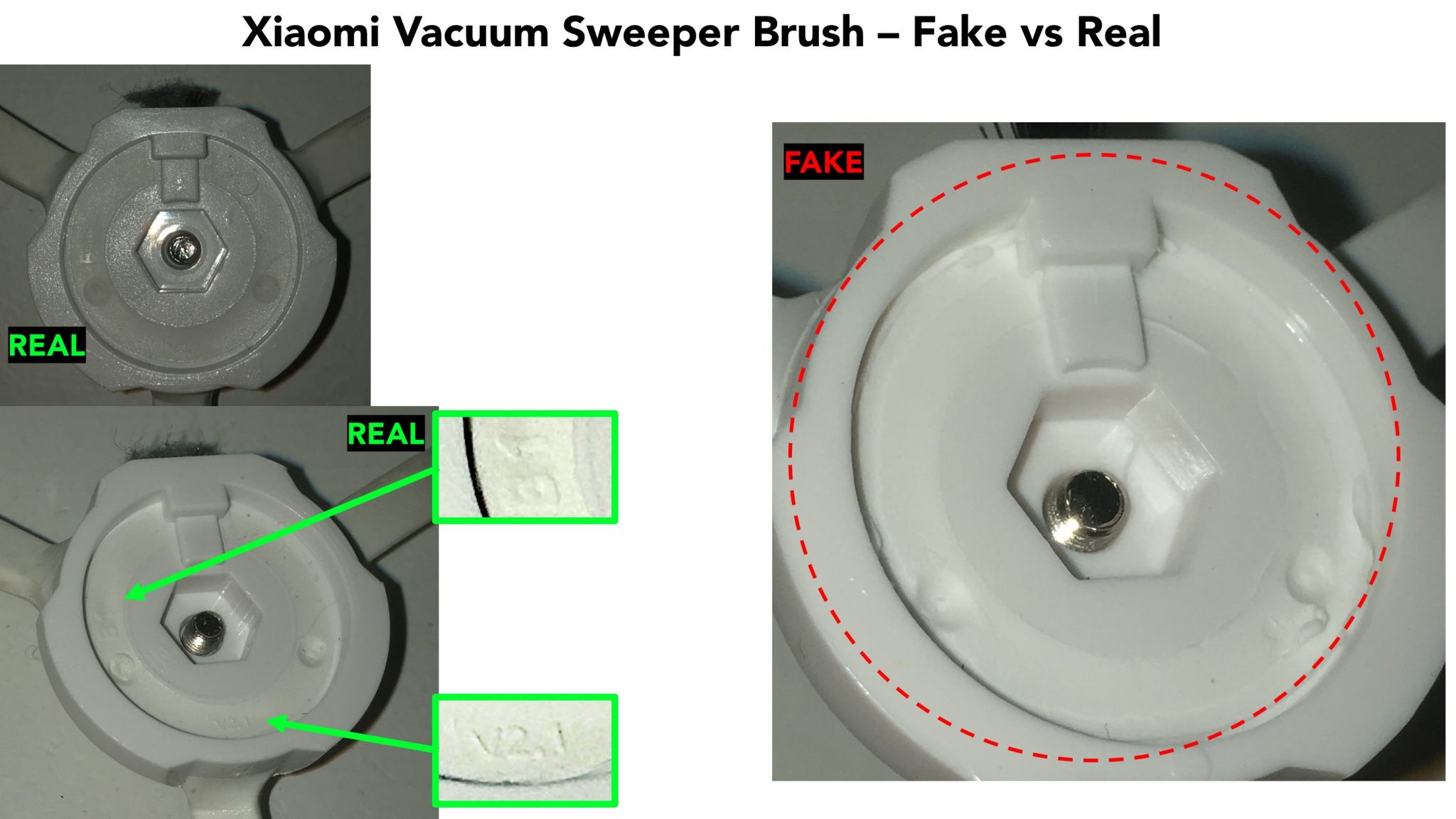 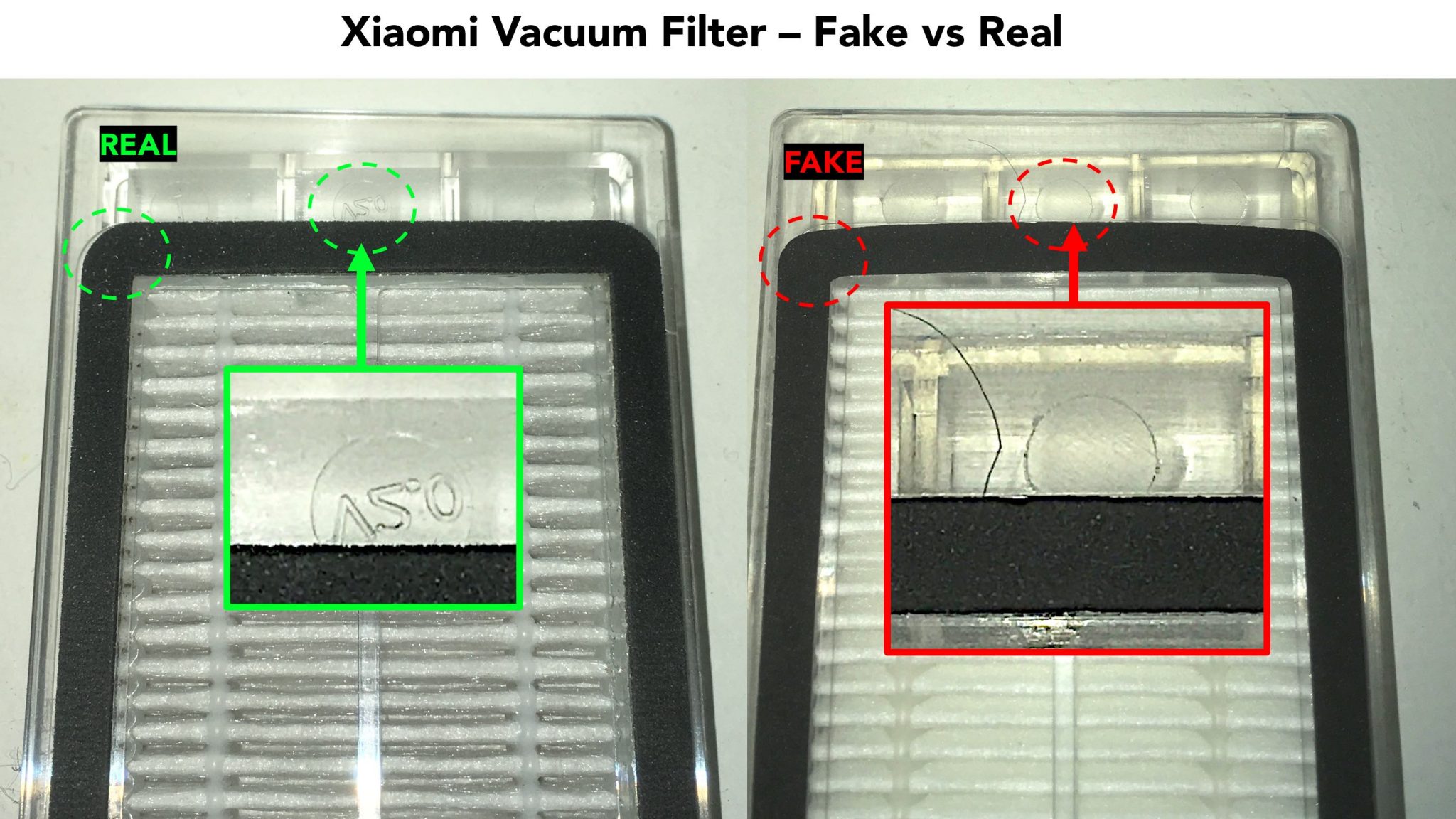 As you can see, there are specific moulding marks are absent on the clone replacement parts, while all the OEM original genuine Xiaomi parts have some kind of version number moulded into them. The moulding quality of the genuine parts is also visibly higher in person. The genuine parts come in Xiaomi branded packaging, not generic white boxes – that was the first giveaway to me that these were not genuine parts, but this closer inspection confirmed it for me.

Now, I’m not saying these 3rd party replacements are inadequate or defective – they actually appear to be pretty close in quality in many regards, but I have not tried them yet. The point of this post is to help people looking for genuine xiaomi robot consumable replacements avoid paying top dollar for cheap clones.