Wow – time flies when you’re having fun…. I’ve now had this printer for over two and a half years now, so this is a short update of where things are at, and my perspective on the printer with the benefit of hindsight. 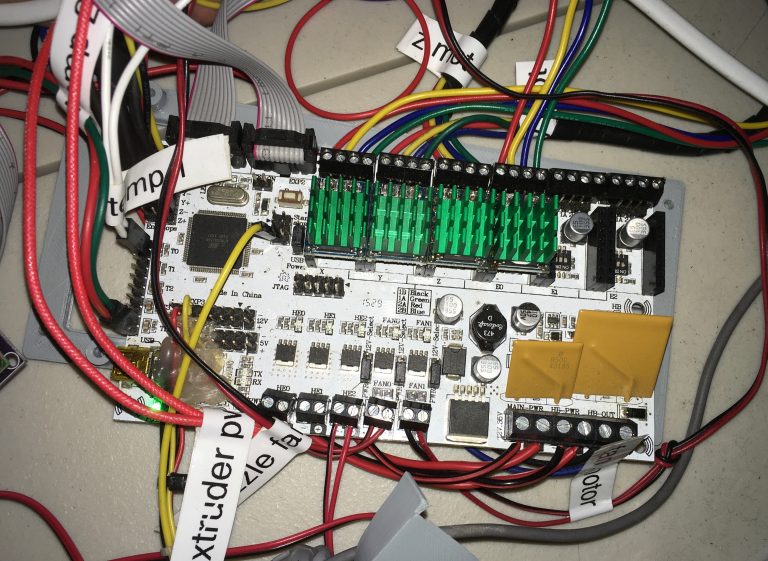 I did have this in an enclosure, but even then it wasnt tidy. The hot glue blob in the corner was due to me frying the onboard USB interface chip, so I replaced that component with some mod wires going to an arduino nano. It wasn’t pretty…

However, due to more wires failing, and thinking that I might want to sell this printer in a more normal state at some stage, I eventually decided to contact the manufacturer and paid $200 odd for a new motherboard (green board below), and a new wiring harness for the printer as well.

This was quite worthwhile – the old cheap aluminium cables have been replaced by a much much nicer set of cables, and the motherboard quality also took a big leap in the efficiency of the cooling of the stepper drivers, and in the reliability of the board overall. 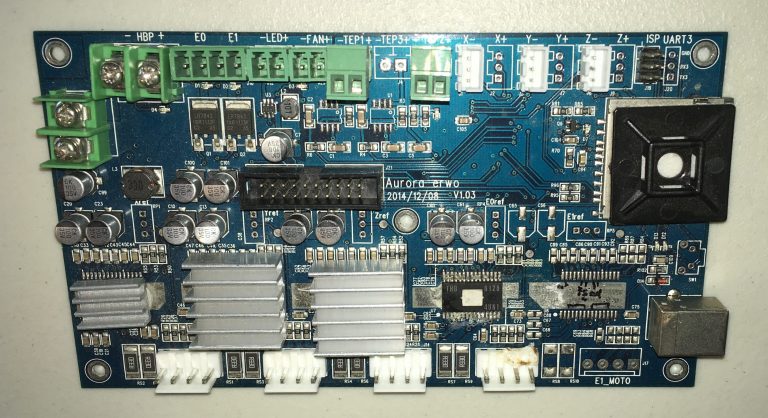 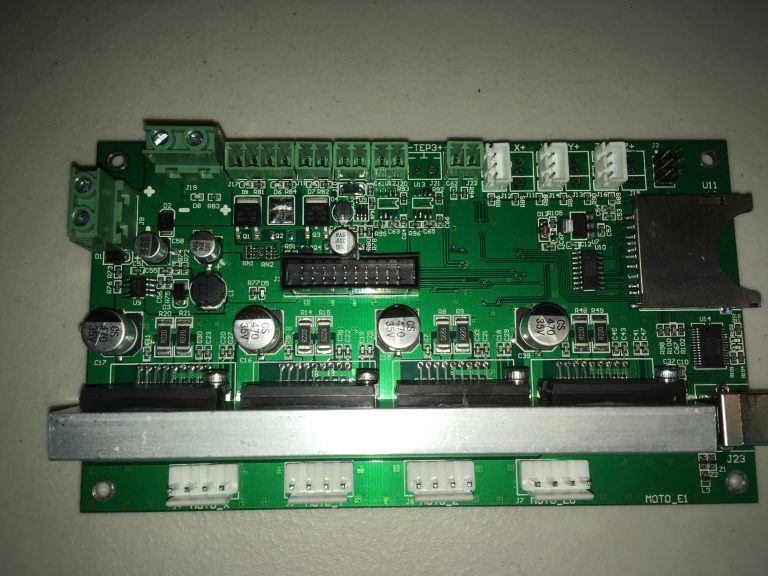 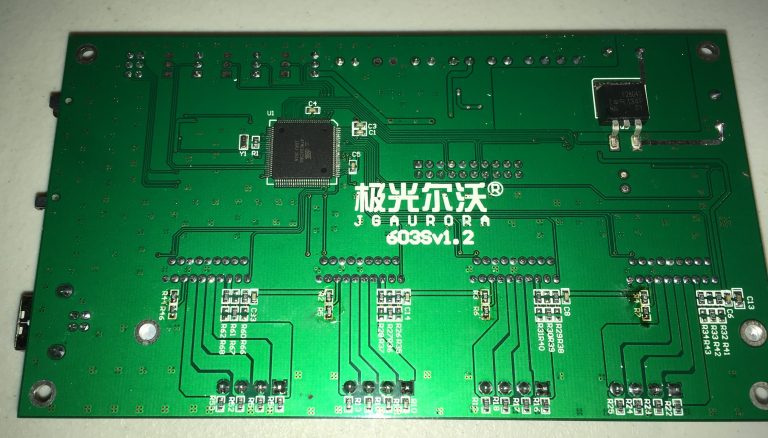 I also decided to drill some holes in the base of my printer to fit an additional fan, to provide some more powerful active cooling over the stepper drivers.