Kailo has recently been featured in the Cedar Wings magazine, alongside a bunch of real pain relief solutions. But they don’t discuss Kailo – they only reprinted the blurb from the Kailo website. It’s like someone googled “pain relief” and copy pasted the first five links they found. Just shameful fake news!

For wireless signals to be received, changed,  and re-transmitted, you need more than just  an antenna. The body’s electrical signals are  incredibly weak – and nearly impossible to  detect without high amplification. You need  an antenna that touches the skin, a powerful  amplifier, and a powerful transmitter too.  But Kailo (apparently) works without touching  the skin, and Kailo requires no power too – simply not possible.

I explain in detail why I think Kailo is a scam here. Don’t get conned! This looks to be fake science with no evidence provided and no clinical trials.  This looks to be just Snake Oil that uses the  Placebo Effect to fool some people.

I’ve placed a copy of the Kailo advertisement below: 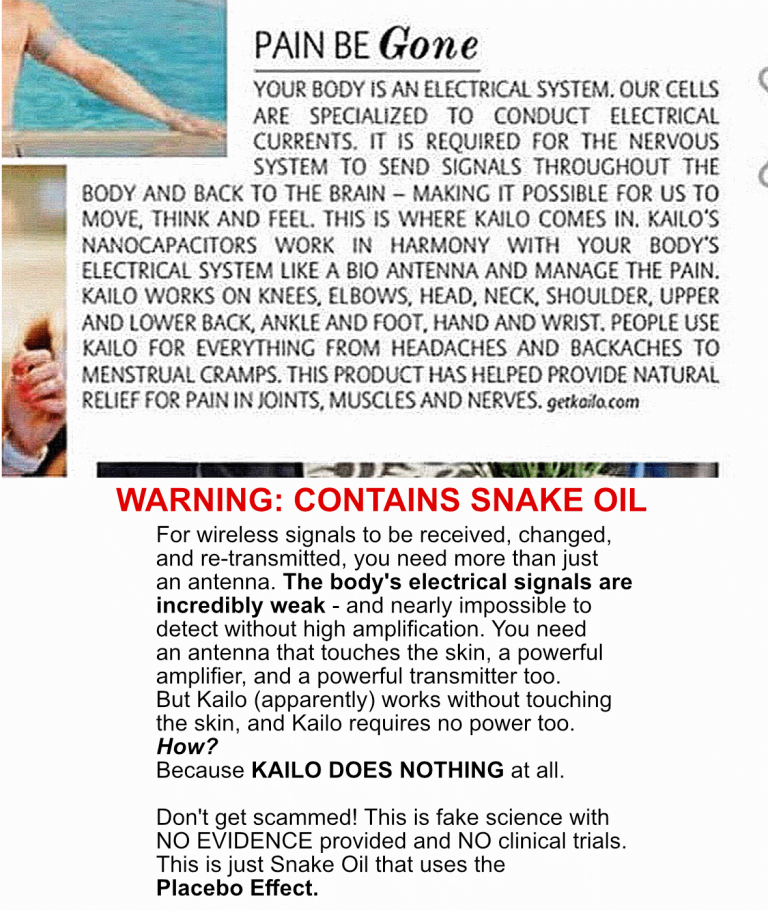