So, you’re suffering with chronic pain, and you’re incredibly desperate for some relief and searching for a simple way to help make life easier? Sounds like you’re the perfect target market for Kailo !

Well, Kailo appears to be a $100 piece of plastic, coated with fancy-sounding words, that claims to be able to reduce pain symptoms perpetually by modifying your bodies pain signals – oh, and it can do it through clothing, it lasts forever, and it doesn’t require batteries or need to ever be recharged. Sounds too good to be true … I think it is!

How does it work?

At it’s core, Kailo is thought to operate on a well known scientific principle known as the Placebo effect. This powerful effect does not work for everybody, but typically about 30-50% of people who use a Placebo, do experience some benefit for their symptoms. The more you believe that Kailo will work for you, the more likely it is that you will see some improvement. Kailo offers a full 14 day money back policy, so when you realise you’ve been duped into buying Kailo, you will likely be able to seek some resolution. So what are you waiting for? Chase your dreams of pain relief and try Kailo today! Over $2M of Kailo have been sold to date, and they can’t all be wrong now can they?

Understanding correct placement of your Kailo Patch is critical, in order for it to work correctly. By believing that placement is important, you are more likely to think that the patch is actually doing something, and thus, this may help you achieve a stronger Placebo effect. When customers contact Kailo after the device does not work, the customer support simply instructs them to try a different position.

Kailo recommends that you use a friend to help you position the patch. The Kailo patch is made mostly of copper on plastic. Copper is a great conductor of heat, and when your friend places their hand over the patch while it is on your skin, you will feel their hand heat pass straight through the Kailo patch. This does not mean the patch is working, as they claim.

How to buy a Kailo Patch

Kailo is being sold both through their own website, and through Indiegogo, a crowdfunding platform that lets snake-oil projects truly shine through and reach millions of vulnerable victims, without requiring the creator company to offer any kind of proof that their medical claims are true, safe or effective.

Update: Kailo is now on Amazon USA too! Incredible – I wonder how long that will last before being removed? Products with a high return rate are eventually penalised and removed by Amazon.

According to Fetzer, 15 volunteer participants used both the Kailo patch and a placebo patch, separately, for 48 hours each. Ninety percent of respondents said the Kailo patch helped reduce their pain.

This “double-blind” test is just the first in a long and expensive process for a product to be recognized by the FDA. The process could be even more expensive for Kailo because the product is so different from anything else out there.

“We would have to have the FDA create a separate category for our device,” said Fetzer.

Like many innovations, the potential medical applications of the technology underlying Kailo pain patches was discovered by accident.

In 2014, a Utah inventor developing a new antenna technology got into a motorcycle crash that broke six of his ribs. While lying in bed recovering, he continued to work on the antenna. That’s how he discovered that resting the technology on his chest helped alleviate his pain.

That’s where Stuart Fetzer stepped into the scene. Fetzer, who received an engineering degree at the University of Utah before going on to Harvard Business School, licensed the use of the antenna technology for medical purposes and formed the company, Kailo Labs. 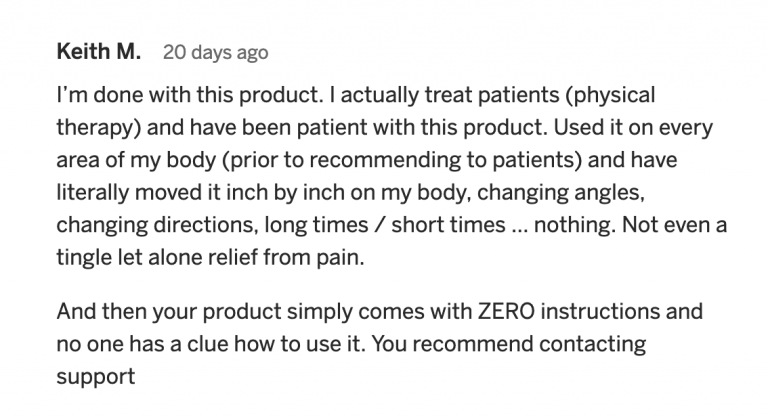